I love words that touch my heart, jump with merriment, ring with truth 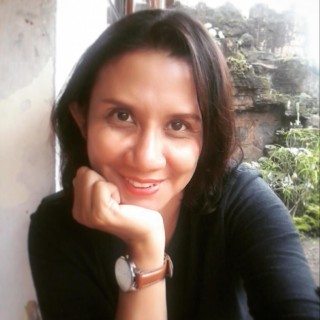 A writer. A mom. An architect's wife. An avid yoga. A coffee addict. A late sleeper. An introvert. A bad public speaker. A vegetarian wannabe. An amateur photographer. A non-techie gadget lover ... I think I said it all :)

A writer. A mom. An architect's wife. An avid yoga. A coffee addict. A late sleeper. An introvert. A bad public speaker. A vegetarian wannabe. An amateur photographer. A non-techie gadget lover ... I think I said it all :)

Someone asked Gandhi ‘If there is only one God, then why there isn’t only one religion?”. Gandhi answered ‘A tree has million leaves, but they are all rooted in one tree”. Probably Gandhi’s argument is not exactly right, but I know that whoever lived in India and grown up within its history and experience will understand how such a dialog could take place. For hundred years India has witnessed the beauty of mankind spiritual journey. At the same time India has also seen how million people got a license to kill other people on behalf of their religion.

What did God design in all of this? What could have been His will? The answers are like the numbers of stars in the sky, but one thing for sure; God is not cursing us by giving us various religions and faiths, yet it is a utopia to say that the world is a happy place because of them.

Few years ago a Methodist minister, Wesley Arirajah – author of ‘The Bible and People of Other Faiths’ – taught religion subject at a university in Sri Lanka. One day when his class discussed Hindu ceremonies topics, a student said that he knows nothing about the ceremonies because he does not worships any Hindu’s god. The teacher asked ‘Do you think that Hindu god is different to Christian god? In fact, how many gods are there in the world? Is there a room for one Christian god, one Hindu god and one Islamic god?’

To Arirajah the answer is directing to a pure monotheism; there is only one god. In his book he wrote that the Bible starts with Genesis – the creation of cosmos, not the creation of Christian, Church or land of Israel. Therefore God should be a god of all people and faithful, not a tribal God. Christian should allow God to be God, and should not own God as its own private property because people don’t own God; it is God who owns us and the whole of creation.

Arirajah book is inspiring indeed. There was a rumor that in early 90s the Protestant group Eka Dharma Putra wanted to translate the book but Christian church group in Jakarta disagreed. I can imagine how difficult it would be for liberal religious thinking to develop Indonesia from any religious group. Many Islamic faithful are suspicious of Nurcolish Majid’s ideas and uneasy with Abdurrahman Wahid’s opinions, as well as many Catholics get tense reading the late YB Mangunwijaya analysis’ or Brouwer’s naughty columns.

As opposed to anger and suspicion, Gandhi is not heard forever. The reaction of diversirty of religions is not always the same reaction of widen spiritual arena. Nevertheless in spiritual essence, faith is fervent and daring, not based on anxiety of losing an absolute truth. But what to say, today we live with too much anxiety. Even Gandhi was shot dead by a Hindu fanatic who was worried that Gandhi is showing too much sympathy towards the Muslims. In his last moments, as the blood flowed from his chest, Mahatma Gandhi could only whisper ‘O, Ram’ – Oh, God – the God of people who feel loss when brotherhood is killed by hate.

This site uses Akismet to reduce spam. Learn how your comment data is processed.